It goes back to December last year. I was approached by the international student coordinator at my school and was asked whether I was interested in applying for the Victoria International School Student Awards. We registered and sent applications, hoping for the luck.

In February this year, I received an email informing that I had been shortlisted as “a Year 11 finalist for the 2015 Victorian International School Student – Arts Achievement Award”, which was a great news. In March, a group of filming crews came to school for a day to film me playing drums, talking with art teachers, discussing with principals and the co-captain in the meeting, and so on. It was embarrassing a little as I am always the one who film other people, not the one being filmed. I was thinking it must have been a big job for crews to film all finalists (and today I found out that filming was only for people who received awards).

In Mid April, I was contacted from the organiser that they would like me to play a drum piece in the ceremony. It excited me as I thought it would be a wonderful experience to perform in front of a large number of audience in the formal public space.

And today, I packed up the school drum kit with my teachers and left school at 8am, to arrive at Parliament House at 9:30am. Going through and getting parts of drum kit through a metal detector, getting an “event pass” (like a staff member), setting up the kit on the stage, having microphones above my head (and having a wonderful knowledgeable sound engineer!), everything was precious, marvellous time. 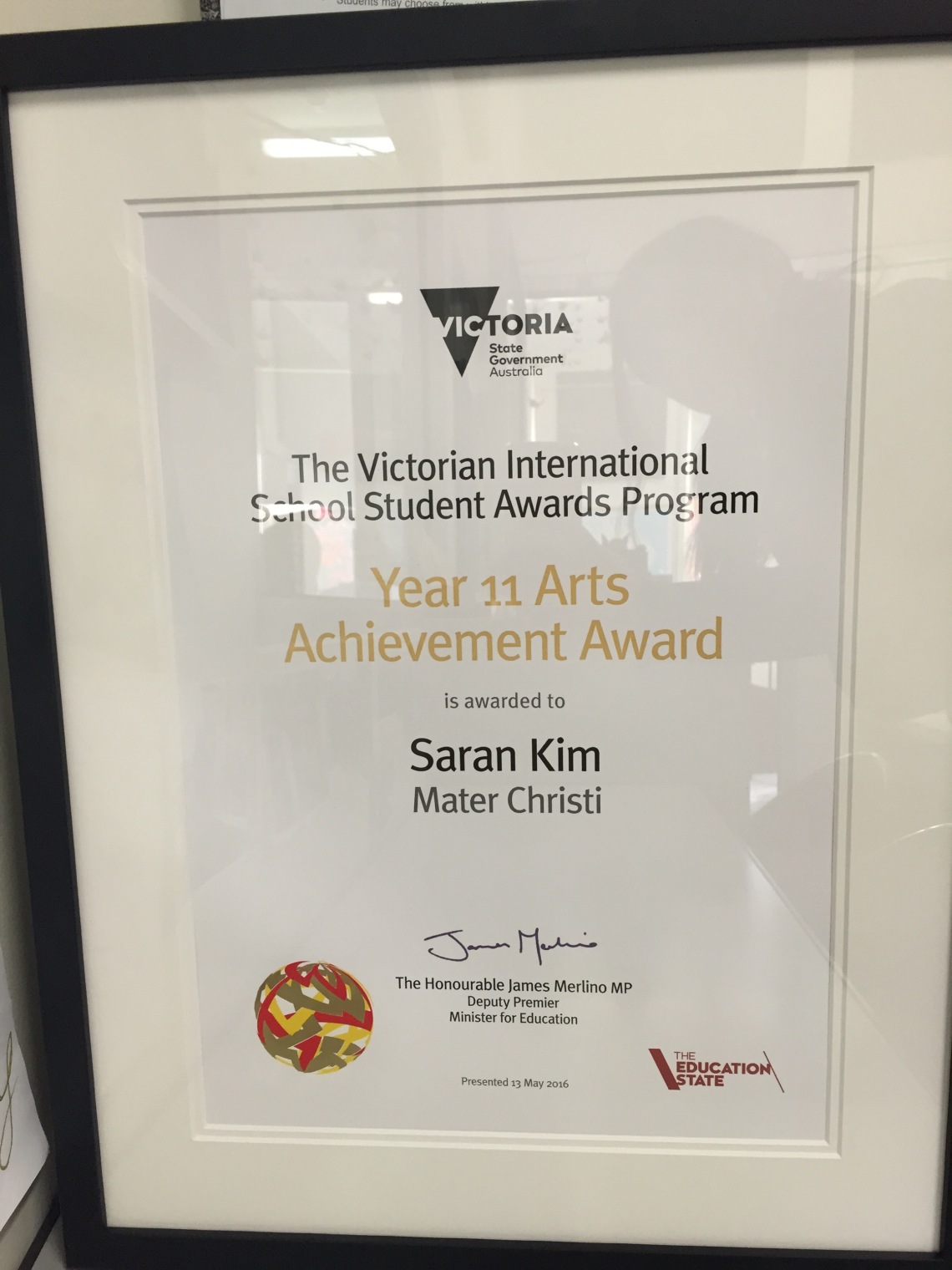 The ceremony and the drum performance went well. I was chosen to be the recipient of Year 11 Arts Achievement Award! I had a great time with my host family, my guardian and teachers.

I would like to thank my teachers, especially the teacher who has been inspiring me to pursue arts since I was in year 7. He has been encouraging me to push my boundaries, both in my art practices and the understanding of the conceptual aspects and aesthetics of art. Although I don’t have his class any more, I am always feel motivated when I talk with him. So, a big thank you to him 🙂

What I realised through this experience of playing the drums in the Parliament House was that there were so many people involved in running and organising the award program, as well as the ceremony itself. I am aware of the fact that many events are organised by a large group of professionals, and today’s ceremony was one of those events, but being a performer and supported by various people in different ways made me think that the way I can respond to them is to do what I can do the best.

It is not only for the drum performance, but should be for everything I do. In addition to saying “thank you”, doing my best in everything I do is a way I can return the kindness I am given.