About a month ago, I entered my latest stop motion animation to Knox youth film competition called “Green Foot Flicks”.

And I got a letter that my animation was selected in shortlist!! Yay!

My stop motion animation became one of 16 great films. Those films will be screened at Village Cinema in Knox.

Unfortunately I will be away so I will miss an opportunity of seeing my film in a large screen…. I am very disappointed, but I hope I have another time.

If there is anyone who is free on 7th April and able to access Knox Village cinema, I recommend you to go and see the films!

After the festival held, I will upload my film on YouTube so don’t worry for anyone who can not go to festival 🙂 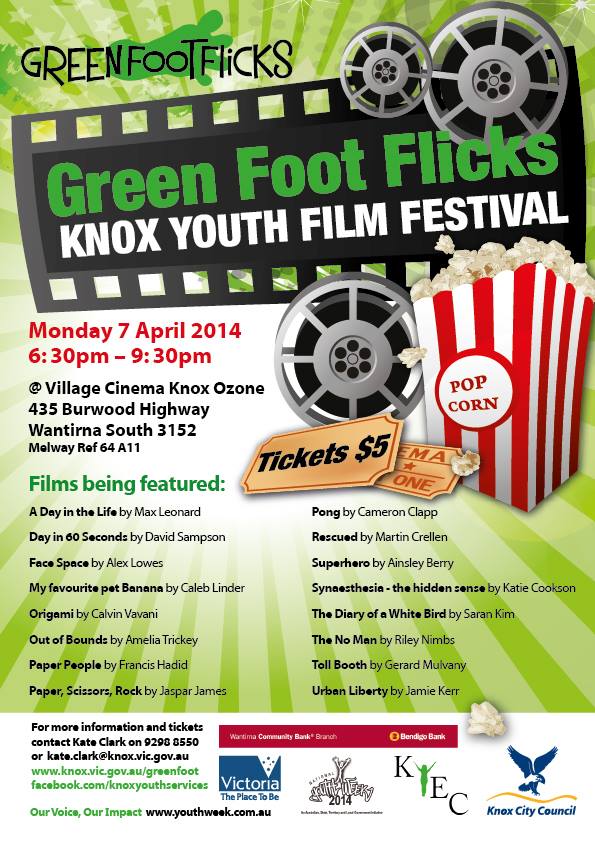